Killer robots or fully autonomous weapons sounds like something from a Hollywood movie but these machines are actually dangerously close to becoming a reality. Due to the increased unregulated development of new technologies, countries are now closer than ever before to manufacturing fully autonomous weapons. The risks that these weapons pose to civilization as we know it are not well understood but looming nonetheless.

We are still able to prevent fully autonomous weapons ever being used if ordinary people take action.

Unlike other existing weapons, killer robots would not depend on human control or intervention, rather, these weapons would actually choose and fire at targets on their own based on sensors, algorithms (computer programming) and artificial intelligence. Without meaningful human control, autonomous weapons bring many new dangers that non-autonomous weapons do not pose.

Robots do not possess human judgement, the ability to understand context, or a sense of compassion, without these characteristics their capacity to make moral and ethical decisions is non-existent. Military personnel on the other hand use their training, education, situational awareness, morals and ethical code to make decisions on the battlefield in line with international humanitarian law.

Legal and technical experts believe it is simply impossible for these machines to follow international humanitarian law.  While a human may be able to distinguish between a civilian and solider, issues with sensor failure, programming bias and technological mistakes mean that autonomous weapons cannot be trusted to make this distinction. This puts civilians further at risk of harm. 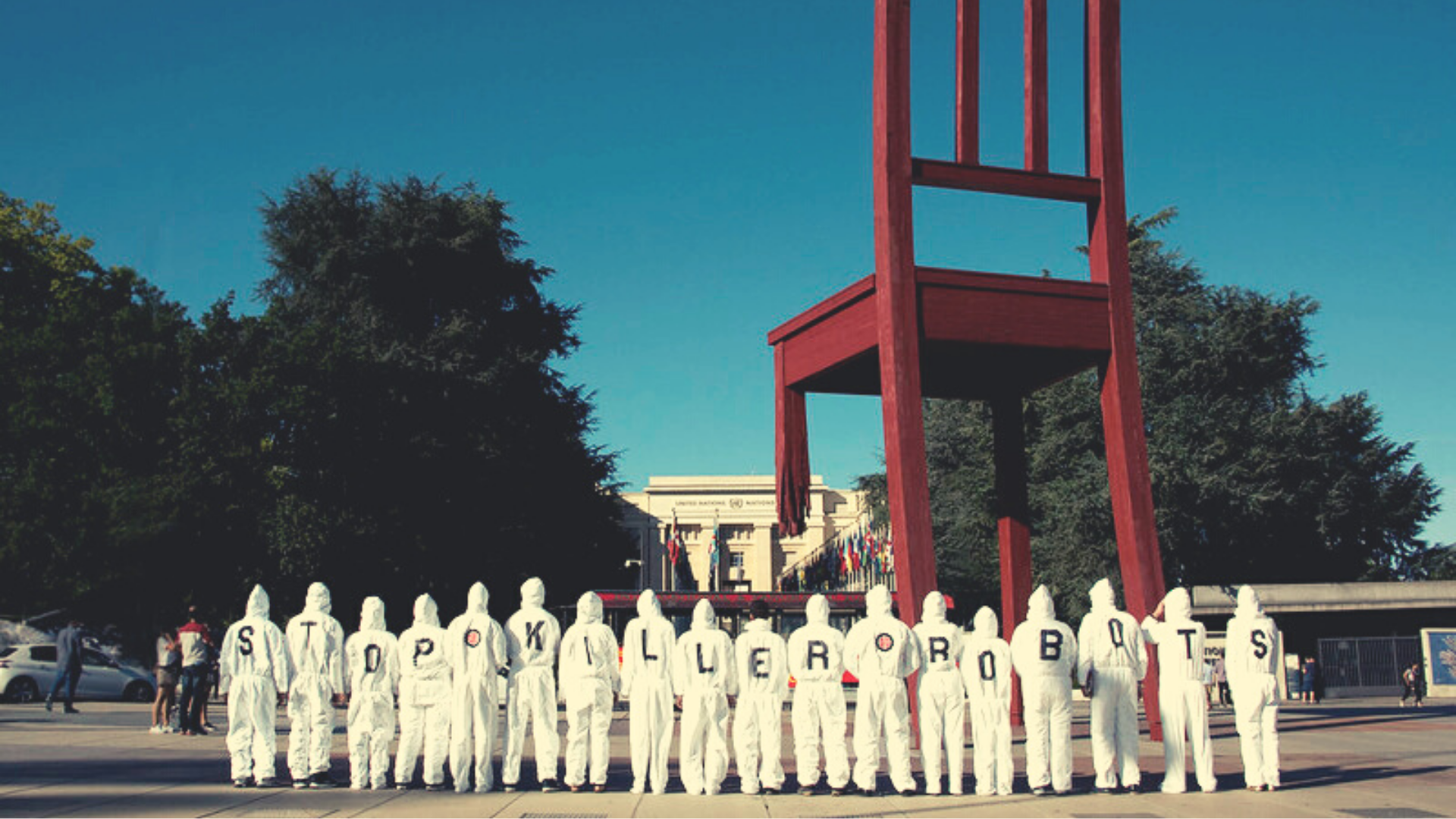 Additionally, the creation of killer robots could make the decision to go to war easier for countries, as they would not need large masses of the population to fight and would not be risking as many lives. A lower barrier to conflict would increase the likelihood of war occurring in even minor situations and would further shift the burden of armed conflict onto civilians.

Fully autonomous weapons have not yet been used in conflict; however, technology is advancing much faster than the law. In 2012, in order to counter the threat of autonomous weapons, Mines Action Canada co-founded the Campaign to Stop Killer Robots with six other organizations. The campaign is a coalition of non-governmental organizations all working towards the same goal of banning fully autonomous weapons and ensuring meaningful human control over the use of force. The coalition includes 180 international, regional and national NGOs in 65 countries. Mine Action Canada is also one of eleven members of the steering committee.

We are calling on states to launch negotiations on the creation of an international treaty to retain human control over targeting and attack decisions through the prohibition of the development, production and use of fully autonomous weapons. In addition, the campaign hopes to persuade all tech companies and organizations working to develop artificial intelligence and robotics to pledge never to contribute to the development of fully autonomous weapons.

The Campaign to Stop Killer Robots hopes to make productive progress towards the banning of autonomous weapons before they become a reality. If even one state deploys fully autonomous weapons, it is feared that others may feel obligated to develop similar weaponry on their own, thus leading to a possible robotics arms race between countries.

Join #TeamHuman to help ensure fully autonomous weapons are never fielded and humanity remains in control of the use of force.

To learn more about autonomous weapons, the problems they cause, and the Campaign to Stop Killer Robots, click here!