On September 1, 2015, Canada will become legally bound by the Convention on Cluster Munitions (CCM). This international treaty bans the use, production, and stockpiling of cluster munitions. These deadly weapons scatter explosives over areas several football fields in size, killing indiscriminately. Current data suggests that as many as 94% of the victims of cluster munitions are civilians. Once conflict ends, unexploded cluster munitions continue taking victims, contaminating cities, fields, and forests as lethal reminders of the past. Cluster munitions often resemble toys, balls or soft drink cans, and thereby disproportionately affect children, who are often unaware of the danger. 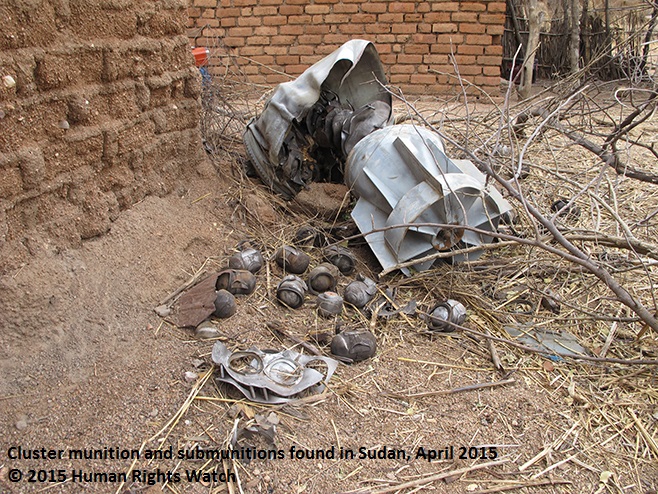 Canada’s ratification of the CCM in March was encouraging news. With the passage of Bill C-6, Canadian law now forbids aiding or abetting the use or production of cluster munitions. Canadian Members of Parliament, Senators and officials have stated that investment is included under this prohibition, but the legislation does not explicitly mention investment. This omission has led to confusion among Canadian financial institutions, and uncertainty about legal obligations. In its November 2014 report, Worldwide Investments in Cluster Munitions, Dutch peace organization PAX called out two major Canadian financial institutions for investing in cluster munition producers, and if you are one of the millions of clients of either of these firms, your investment might be supporting the production of cluster munitions. Despite the passage of Bill C-6, it is difficult to know if these investments have continued.

This problem partly stems from a lack of clarity and consistency within the banking industry. While many Canadian financial institutions are good corporate citizens in most of their business practices, their policies on socially responsible investing do not extend to all their activities. Large financial institutions often have independent governance structures for each part of their business. Consequently, even a good faith statement by a bank to refrain from supporting or financing transactions related to cluster munitions might not apply to practices such as investment banking or asset management. These corporate governance structures often leave sizable gaps in responsible investment policies, thereby failing to fully eliminate suspect investments. When these inconsistencies are noted, firms should promise to review their weapons investment policies in a prompt and transparent manner. These promises should use clear timelines and corporate oversight to ensure that firms can both keep themselves accountable and publicly demonstrate their progress.

It’s not all bad news though. Many Canadian financial institutions are making significant efforts to fully account for the social and humanitarian impacts of their investments. Canada’s second annual Responsible Investment Week starts today and runs to June 5th. It is dedicated to increasing education and awareness about responsible investment. Some financial institutions have already responded decisively to concerns about cluster munitions investing. NEI Investments and Desjardins Investments have been particularly proactive, leading the way in socially responsible investing on many fronts. In February, they announced a joint ban on investment in cluster munitions producers that extends to all their products and should be considered a model for all Canadian financial institutions.

Actions such as these make it clear that corporate social responsibility should extend beyond community involvement, governance and environmental sustainability. Making the world a safe place for all to live, work and play will pay immediate social dividends. It is important that these hidden dividends are not overlooked. Instead of merely conforming to the lowest legal denominator, financial institutions can and should be on the leading edge of social change both at home and around the world.

After graduating from Calvin College in Grand Rapids, Michigan, Andrew Luth spent two years living and working in China. He is currently pursuing his master’s degree at Carleton University’s Norman Paterson School of International Affairs in Ottawa, Canada. His academic interests include disarmament, conflict analysis and resolution, and the Asia-Pacific region.