Canada, we only have 90 seconds to avoid doomsday

Nobody wants doomsday to come. However, unfortunately world-renowned scientists and experts of the Bulletin of Atomic Scientists have moved the Doomsday Clock to 90 seconds to midnight which means we are in the most danger of nuclear war since the clock was launched in 1947.

This danger doesn’t come as a surprise, and we know why we are here today. There are nine nuclear armed states in the world and they (and their supporters) are the ones who have put the world in this danger. The Russian invasion of Ukraine and increased tensions between North Korea, South Korea, and the United States are major reasons why scientists moved the doomsday clock.

With only 90 seconds to midnight, it’s time to act. The International Campaign to Abolish Nuclear Weapons (ICAN) has a four-step plan to rid the world of nuclear weapons, and you can help. The first step of their plan is prohibition, which means getting states to sign the Treaty on the Prohibition of Nuclear Weapons. Canada needs to take action in light of this danger we are facing and sign this treaty. Many major cities across Canada, including Halifax, Montreal, Ottawa, Toronto, and Vancouver have spoken out in support of joining the TPNW. The Federal government’s position should match what major municipal governments, parliamentarians, and citizens across Canada are asking for.  Contact your MP today and urge them to push Parliament to join the TPNW.

After the first step of the plan is taken and more countries (including Canada) have joined, we can move to step two which is creating a stigma around nuclear weapons. This stigma will lead to nuclear armed states negotiating disarmament which is step three in the plan. We know negotiations are possible because a treaty on non-proliferation of nuclear weapons was negotiated in the 1960’s after the Cuban missile crisis. Negotiations will bring us to step four which is the destruction and elimination of all nuclear weapons and with it, the doomsday clock. We have 90 seconds left to act - no more excuses Canada. It’s time to do our part to eliminate the threat of nuclear weapons! 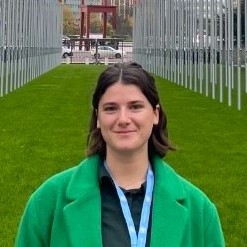