A new report released today raises questions about Canada’s commitment to the Ottawa Treaty banning landmines in Africa. Mines Action Canada’s report “Abandoned Africa? Canada’s Funding for Mine Action in Africa” uses the Government of Canada’s reporting to examine Canada’s support for implementation of the Ottawa Treaty across Africa. Released on International Day for Mine Awareness and Assistance in Mine Action, the report shows that Canada has not provided any support to humanitarian landmine clearance or victim assistance in Africa since 2014.

“It is disappointing to see that Canada has stopped supporting African countries’ work to end the suffering caused by landmines. African countries were key partners to Canada in the Ottawa Process which led to the Anti-Personnel Mine Ban Convention (also known as the Ottawa Treaty) and have made great progress towards a mine free Africa since then,” said Executive Director Paul Hannon. “Canada’s absence from the continent since 2014 is a missed 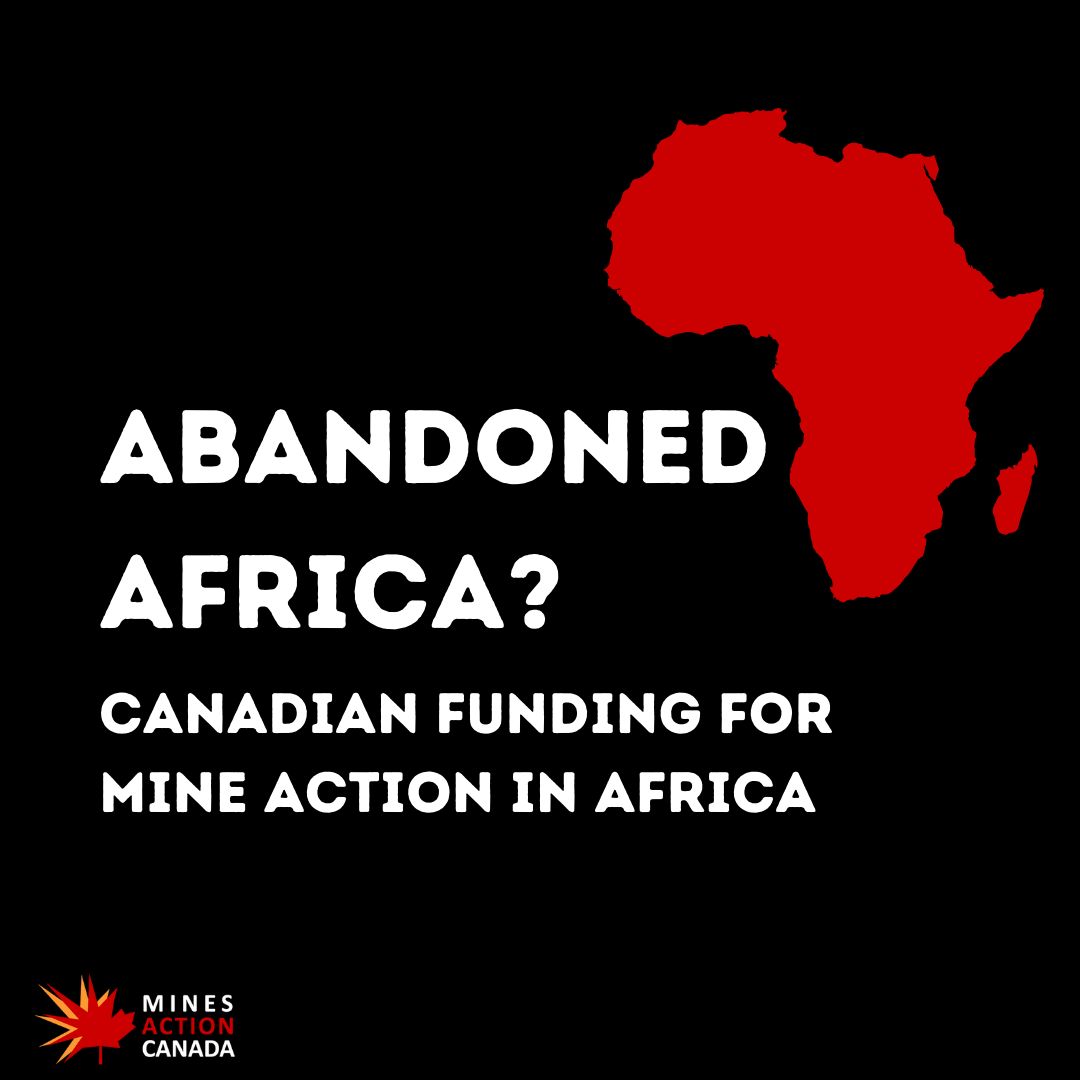 The impact of landmines on communities in Africa was a major motivating factor behind the negotiation of the Ottawa Treaty and since then Africa has embraced the Treaty with 51 of the 54 states joining the treaty. Since entry into force of the Ottawa Treaty, 12 African states completed clearance of all known landmine contaminated areas under their control.  An additional 14 African states still have obligations under the Ottawa Treaty to complete clearance of contaminated land. All three African states outside the treaty (Libya, Egypt and Morocco) are also contaminated by landmines. Landmines continue to extract a deadly toll in Africa with the Landmine Monitor recording 1,229 casualties of landmines and other explosive remnants of war on the continent in 2020.

The new report finds that from 1998 to 2014, a total of CDN $36,902,866 was provided to mine action projects in fourteen different African countries as well as the African continent as a whole. After 2014, Canadian funding has shifted towards the Middle East and South America while no funding towards African countries was provided by Canada from 2014 to 2020.

“From 1998 to 2014, Canadian funding allowed landmine survivors to walk again, farmers to feed their families safely and children to play without fear across Africa. But by focusing support for mine action elsewhere, Canada has abandoned its partners in Africa and left thousands at the mercy of these lethal barriers to development,” added Erin Hunt, Program Manager. “It is important to note that the majority of other large mine action donors have continued to fund work in Africa. Canada should recommit to finishing the job on landmines by supporting mine clearance and victim assistance on the continent again.”

The Ottawa Treaty is a Canadian success story and nowhere is that success more evident than in Africa where countries with massive levels of contamination have recently finished landmine clearance. Unfortunately, the new report from Mines Action Canada shows that Canada has not been able to share in this success due to its inconsistent and now non-existent funding to mine action in the continent.