April 4th is International Day for Mine Awareness and Assistance in Mine Action.  This year there were some very exciting events to mark the day.

We were very pleased to see Canada's Minister of Foreign Affairs, Crystia Freeland, announce support for mine action in Sri Lanka and Ukraine. This announcement follows soon after an announcement of funding for clearance activities in Iraq. Each of these projects will save lives and limbs for years to come.

Minister Freeland also attended a reception at Kensington Palace hosted by our colleagues Mines Advisory Group (MAG) and The HALO Trust. At the reception, Prince Harry delivered a keynote speech highlighting the progress made since his mother, Princess Diana, spoke out about the issue in 1997 and the importance of finishing the job.

You can see Prince Harry's full speech in the video below or read it online.

Elsewhere around the world, the President of the Ottawa Treaty, Austria's Foreign Minister released an excellent statement to mark the day. In Tunis, the Canadian Embassy hosted a reception. The UN Mine Action Service in South Sudan held a photo exhibition. Our colleagues in Iraq held a large event (see photo below). Campaigners in Albania, Yemen, the United States and more met with their governments, held public events and raised funds. The Secretary General of the United Nations reminded the world that "Peace without mine action is incomplete peace" in a statement. That is a fitting reminder of why this day is so important. Without all the pillars of mine action (clearance, risk education, victim assistance, advocacy and stockpile destruction), conflicts will continue to claim lives and limbs long after the peace agreement is signed. 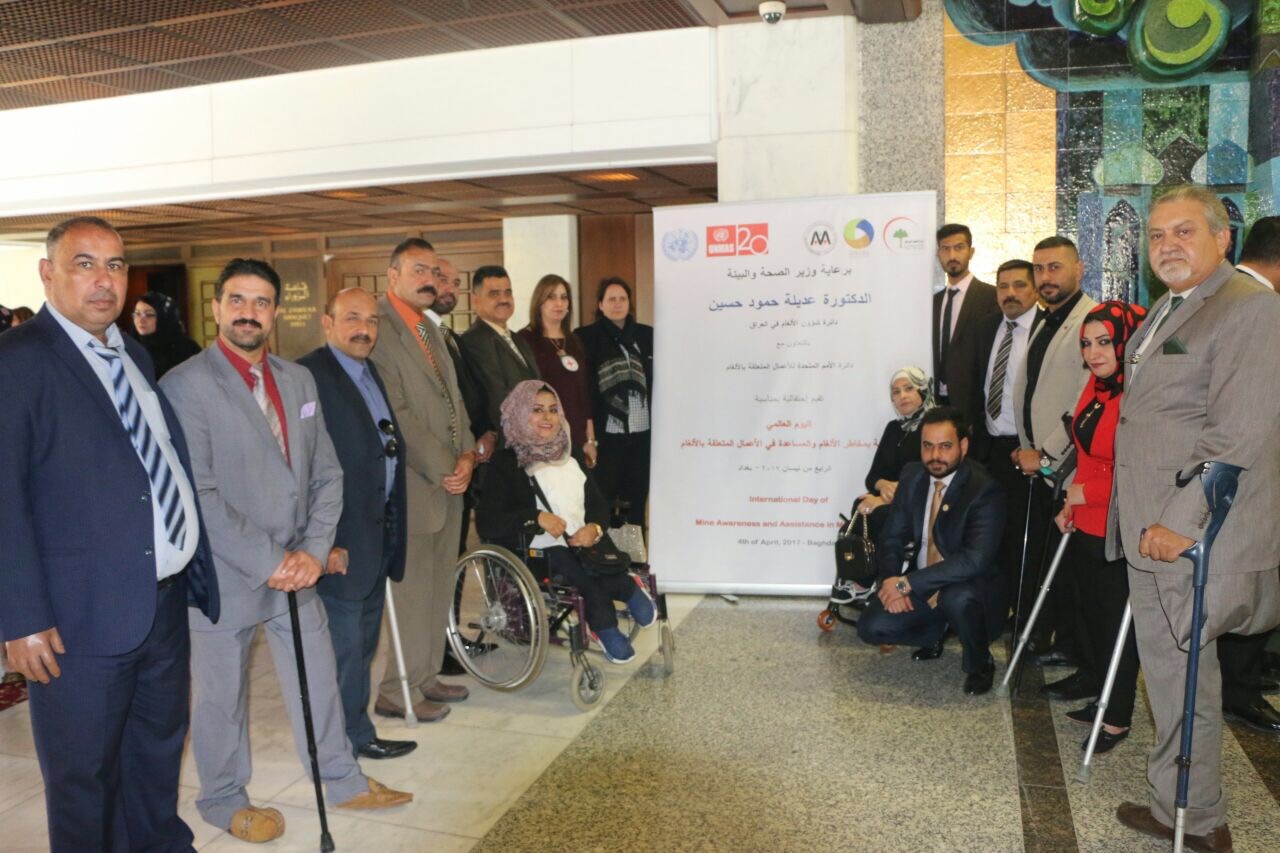