Gillian Flude is the Project Officer at Mines Action Canada. She recently graduated from the University of Ottawa with a bilingual degree in Conflict Studies and Human Rights. In her view, humanitarian disarmament is a direct link between conflict and human rights. While in school, she became involved with Mines Action Canada through one of our 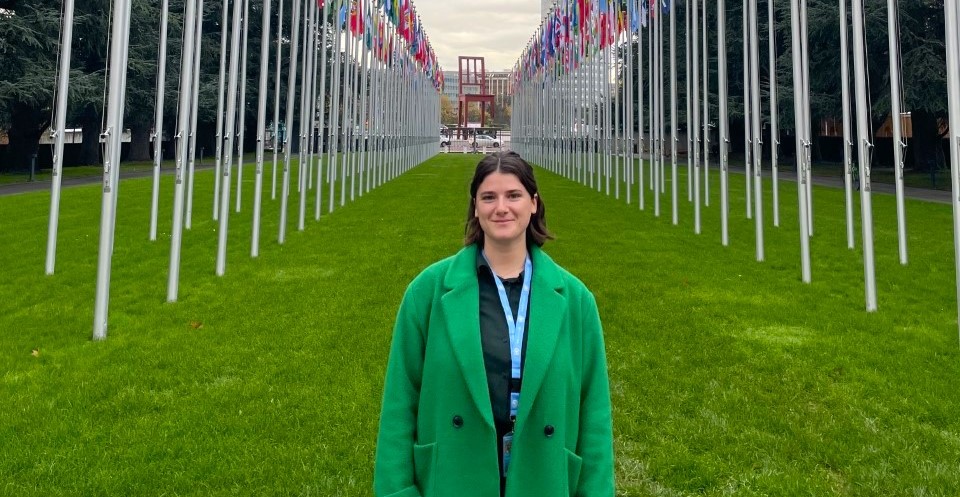 After a successful internship, Gillian was hired by MAC as the Project Officer for the Campaign to Stop Killer Robots where she worked on a short-term contract for four months. Once this contract ended, Gillian transitioned to being Mines Action Canada's Project Officer which has been her position since May 2022. In her first eight months with Mines Action Canada, Gillian participated in three international diplomatic meetings in Geneva where she helped lead Mine Action Fellows Forums.

Gillian is passionate about involving and supporting more youth in disarmament, something that makes her proud to be part of an organization like Mines Action Canada who uplifts youth domestically and internationally.