Mines Action Canada’s 70 quotes in 70 days counted down to the 70th anniversary of the bombing of Hiroshima on August 6th.  These 70 quotes came from around the world and all highlighted the need for nuclear disarmament. You can see all the quotes online here.

The final quote on August 6th came from a member of the crew who dropped the nuclear bomb on Hiroshima.  This quote was chosen to be the final quote for a very specific reason.  Over the past 70 years a very sanitized and passive understanding of what happened to Hiroshima and Nagasaki has taken hold. “Hiroshima was destroyed.” “Nagasaki was bombed.” “Thousands of people were killed.”  It almost sounds as though the bombings were an unavoidable or freak occurrence akin to a tornado or an earthquake not a conscious decision made by humans. 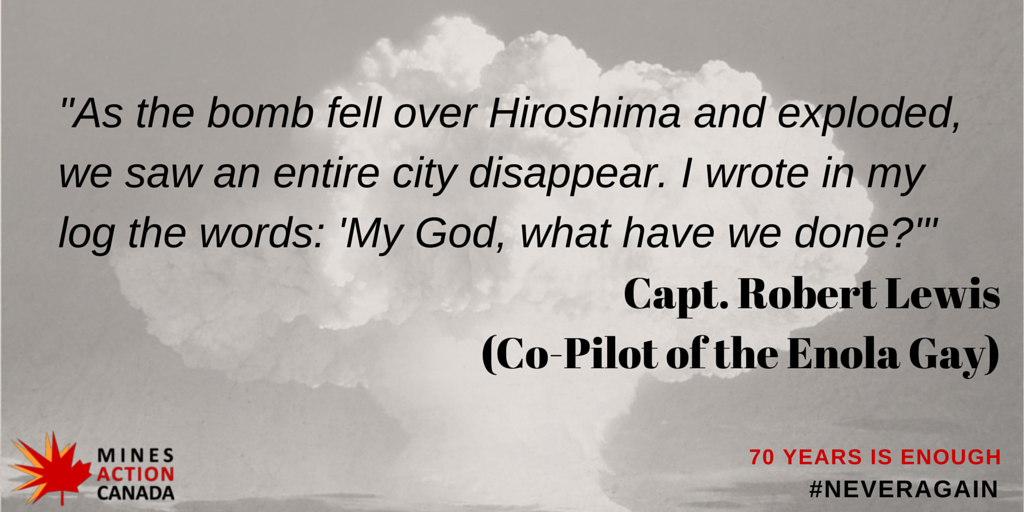 So let us be clear, humans chose to use nuclear weapons on the men, women and children of Hiroshima and Nagasaki. It was a human decision.