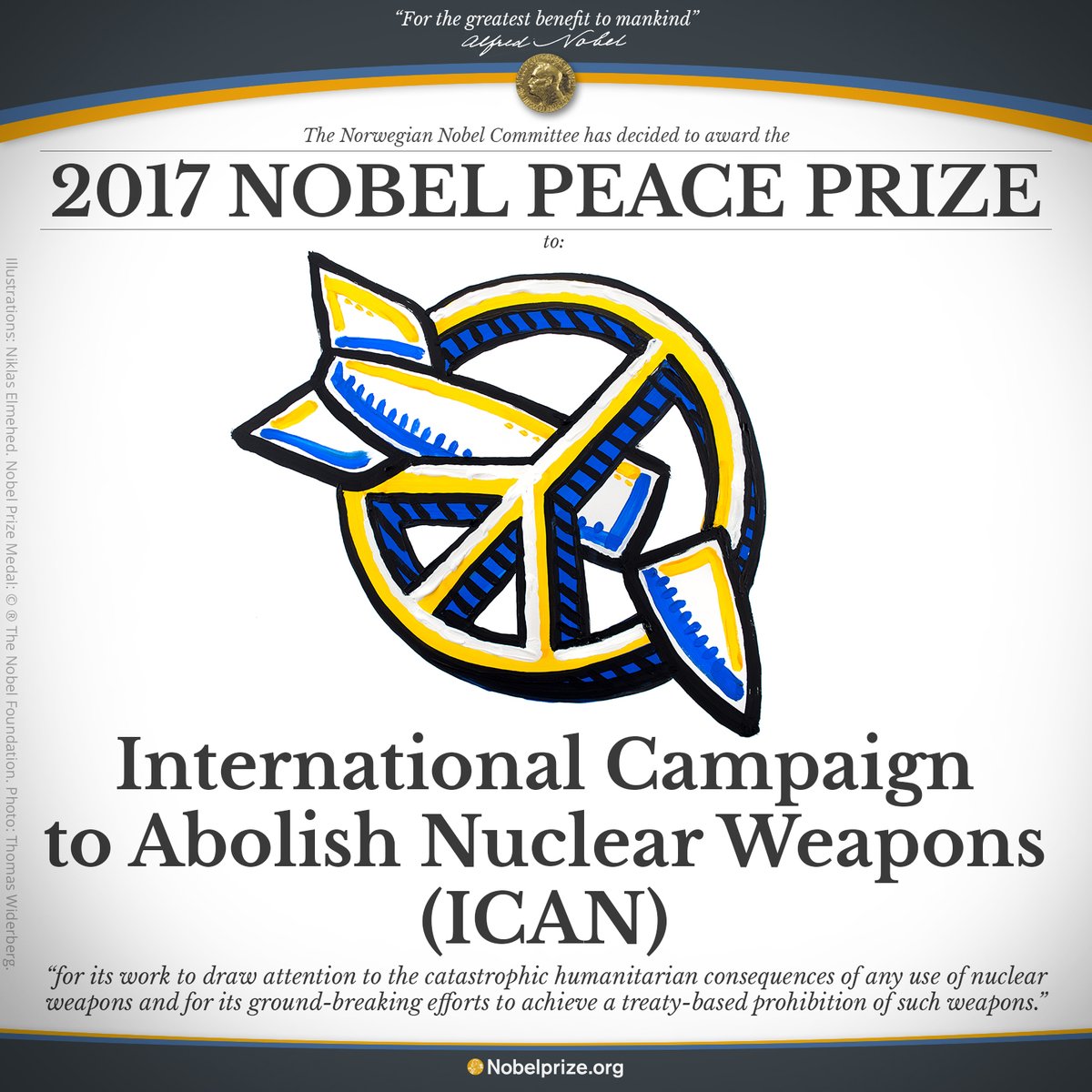 recognizes their important work to the highlight the humanitarian impacts of nuclear weapons.

In the words of ICAN:

"This prize is a tribute to the tireless efforts of many millions of campaigners and concerned citizens worldwide who, ever since the dawn of the atomic age, have loudly protested nuclear weapons, insisting that they can serve no legitimate purpose and must be forever banished from the face of our earth.

It is a tribute also to the survivors of the atomic bombings of Hiroshima and Nagasaki – the hibakusha – and victims of nuclear test explosions around the world, whose searing testimonies and unstinting advocacy were instrumental in securing this landmark agreement."

Mines Action Canada is proud to have worked with ICAN to share lessons from the Ottawa Treaty banning landmines during the negotiations of the Treaty on the Prohibition of Nuclear Weapons.

We encourage the Government of Canada to constructively engage with the nuclear ban treaty to help move us all towards a world without nuclear weapons.

This award further proves that ordinary people can have an extraordinary impact.