Mines Action Canada (MAC) warmly welcomes the adoption of the Treaty on the Prohibition of Nuclear Weapons by UN Member States at the United Nations on July 7, 2017. Over 120 states participated in the negotiations. 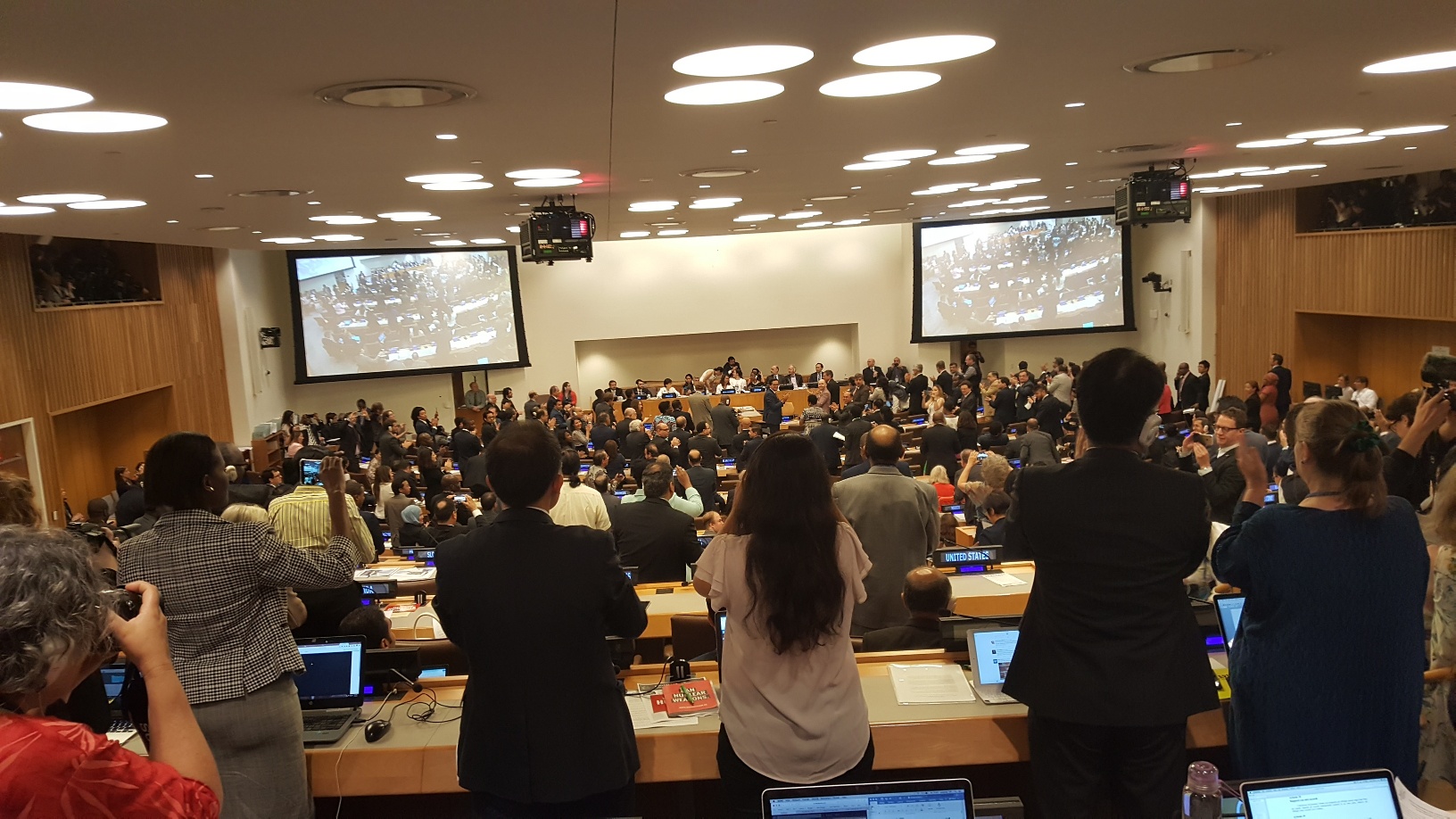 The process to develop the treaty was motivated by the catastrophic humanitarian impacts that would result of any use or detonation of a nuclear weapon. This new treaty is grounded in the humanitarian approach to disarmament pioneered by the Ottawa Process banning landmines. It makes nuclear weapons illegal as well as immoral.

MAC has been working on indiscriminate and inhumane weapons for over two decades so we are very pleased to see nuclear weapons prohibited like all other weapons of mass destruction. MAC staff were involved in the negotiations of this treaty to share lessons learned from the Ottawa Treaty banning landmines and the Convention on Cluster Munitions. These lessons were translated into the Article 6 provisions on Victim Assistance and Environmental Remediation which were significantly strengthened over the course of negotiations.

MAC is glad to see the groundbreaking recognition of the disproportionate impact of nuclear weapons activities on indigenous peoples found in the Preamble of the Treaty. This recognition is something MAC strongly advocated for in cooperation with a number of civil society and indigenous organizations. The treaty also highlights the impact of nuclear weapons on women and girls. MAC is pleased to see the commitment to supporting and strengthening the effective participation of women in nuclear disarmament and reference to the importance of peace and disarmament education in the Treaty.

Canadian civil society and parliamentarians participated in the negotiations and contributed to the development of this treaty as a strong normative instrument. “The Government of Canada did not attend the negotiations but Canadian civil society has ensured that the Treaty reflects Canadian values such as humanity, respect for the environment, peace, justice and security,” said Erin Hunt, Program Coordinator of Mines Action Canada.

Mines Action Canada strongly encourages Canada to sign the treaty when it opens for signature in September 2017 in order to continue our strong tradition of putting humanitarian concerns at the center of disarmament policy which started with the prohibition on blinding lasers, the Ottawa Treaty and the Convention on Cluster Munitions.