The UN Treaty on the Prohibition of Nuclear Weapons (TPNW) just reached the 50 ratifications needed for entry into force! On the 75th anniversary of the founding of the UN, Honduras ratified the treaty bringing about a historic milestone. In 90 days the TPNW will enter into force and become binding international law!

Mines Action Canada congratulates the 50 states and the dedicated campaigners of the International Campaign to Abolish Nuclear Weapons on making history. Those 50 states are on the right side of history and we hope that Canada will soon join them.

The Treaty on the Prohibition of Nuclear Weapons has provisions to mitigate the harm caused by nuclear weapons use and testing that will start being implemented immediately making it a very useful new addition to international law. Canada should support that work in line with our commitment to the SDGs, a Feminist Foreign Policy and the rules based international order and the join the Treaty without delay.

Congratulations to all 50 states for leading the way to a world free of nuclear weapons, and to everybody who was ever involved in making this happen! 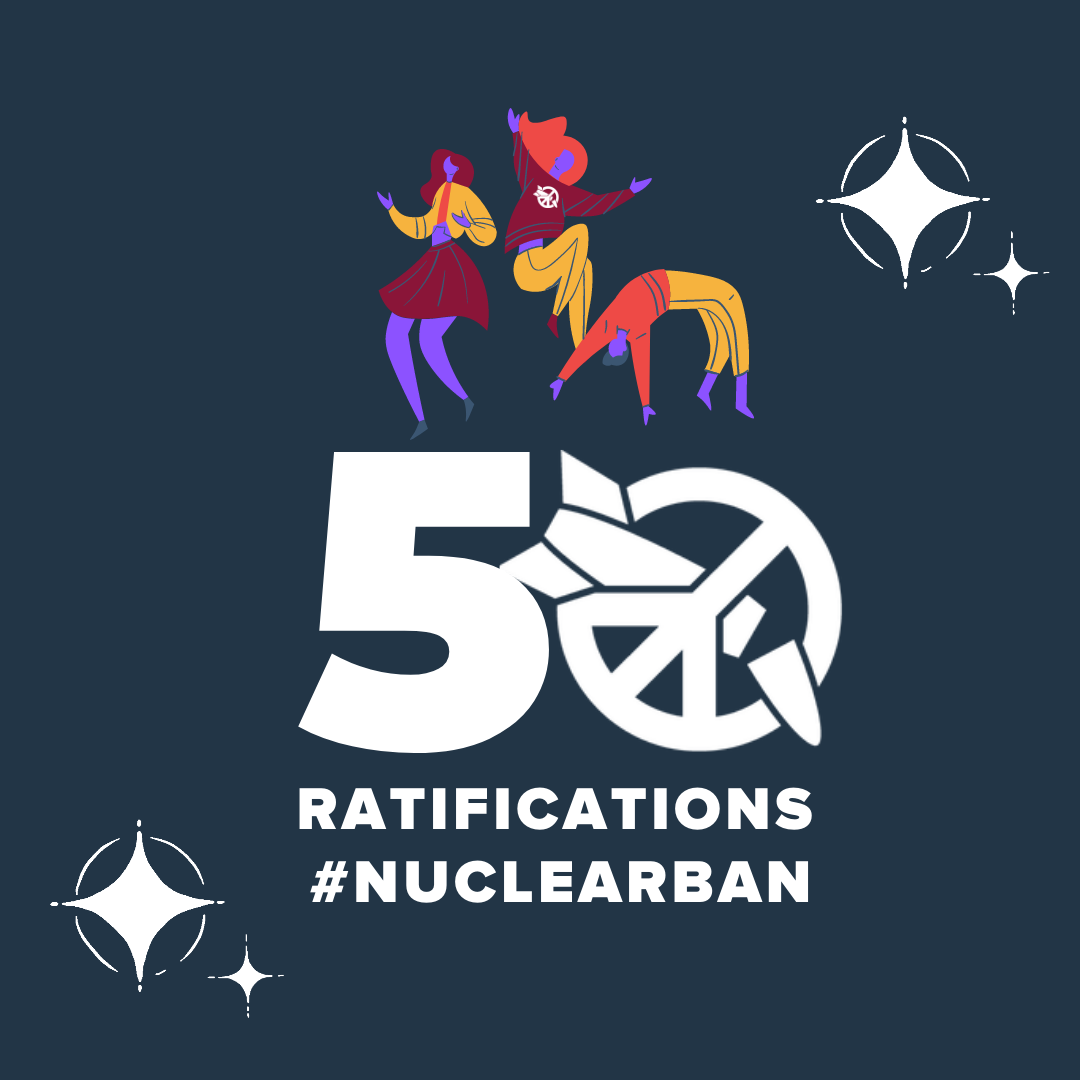