Canadians want to ban the bomb

A large majority of Canadians want the government to join the nuclear ban.

A new poll released by Nanos Research on 6 April 2021 shows strong support for the nuclear ban among the Canadian public with 74% of respondents expressing support for joining the Treaty on the Prohibition of Nuclear Weapons (TPNW).

Commissioned by three civil society organizations, Hiroshima Nagasaki Day Coalition, The Simons Foundation Canada and le Collectif Échec à la Guerre, the poll follows an Appeal to Parliament published in the Ottawa Hill Times on January 18 and 20 that was endorsed by over 400 individuals and organizations including Mines Action Canada. Ever since the Treaty’s Entry into Force, more and more voices are questioning the government’s position towards the TPNW. The poll results indicate that only 14% of respondents agreed with the current Government of Canada position towards the treaty.

Support for the nuclear ban treaty remained high even in the face of potential American pressure. The poll found that about 73% of Canadians agreed that Canada should join Treaty on the Prohibition of Nuclear Weapons, "even if, as a member of NATO, it might come under pressure from the United States not to do so.” The Government of Canada has frequently (and incorrectly) said that Canada’s obligations under NATO and the alliance with the United States prevent the country from joining the TPNW. These poll results from Canada are similar to the results from a 2020 poll of six European NATO countries. It seems that Canadians, also, want the government to stand strong and make our own decisions on nuclear weapons.

Support for a ban is strong amongst all demographic groups with young Canadians, ages 18 to 34, having the highest level of support for the TPNW. 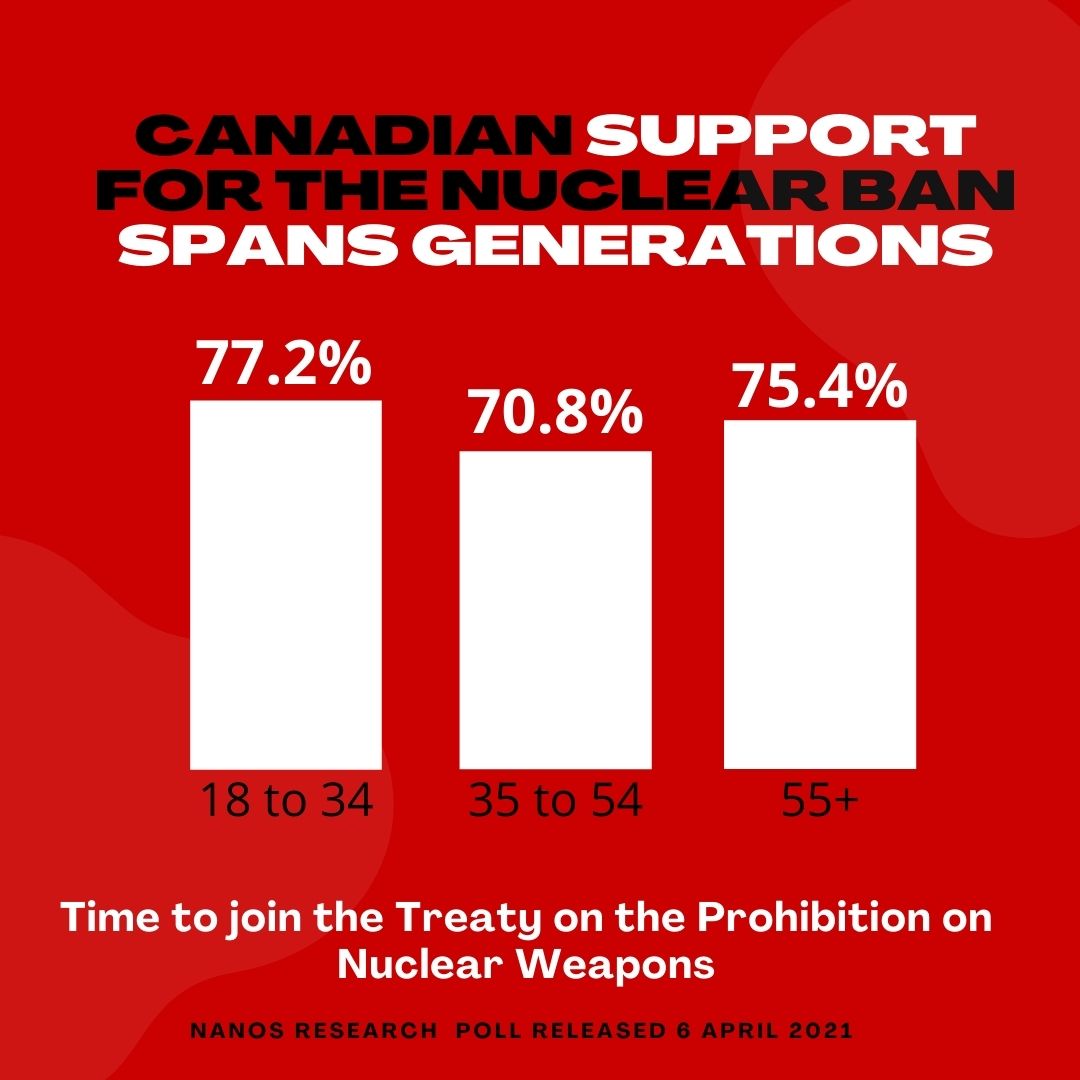 With young Canadians already facing the existential threat of climate change, it stands to reason that this demographic would also want to end the risk posed by nuclear weapons.

Released days just after Montreal and White Rock, BC, became the 13th and 14th Canadian cities to join the ICAN City Appeal, this poll is clear evidence that momentum towards the ban treaty is growing in Canada. 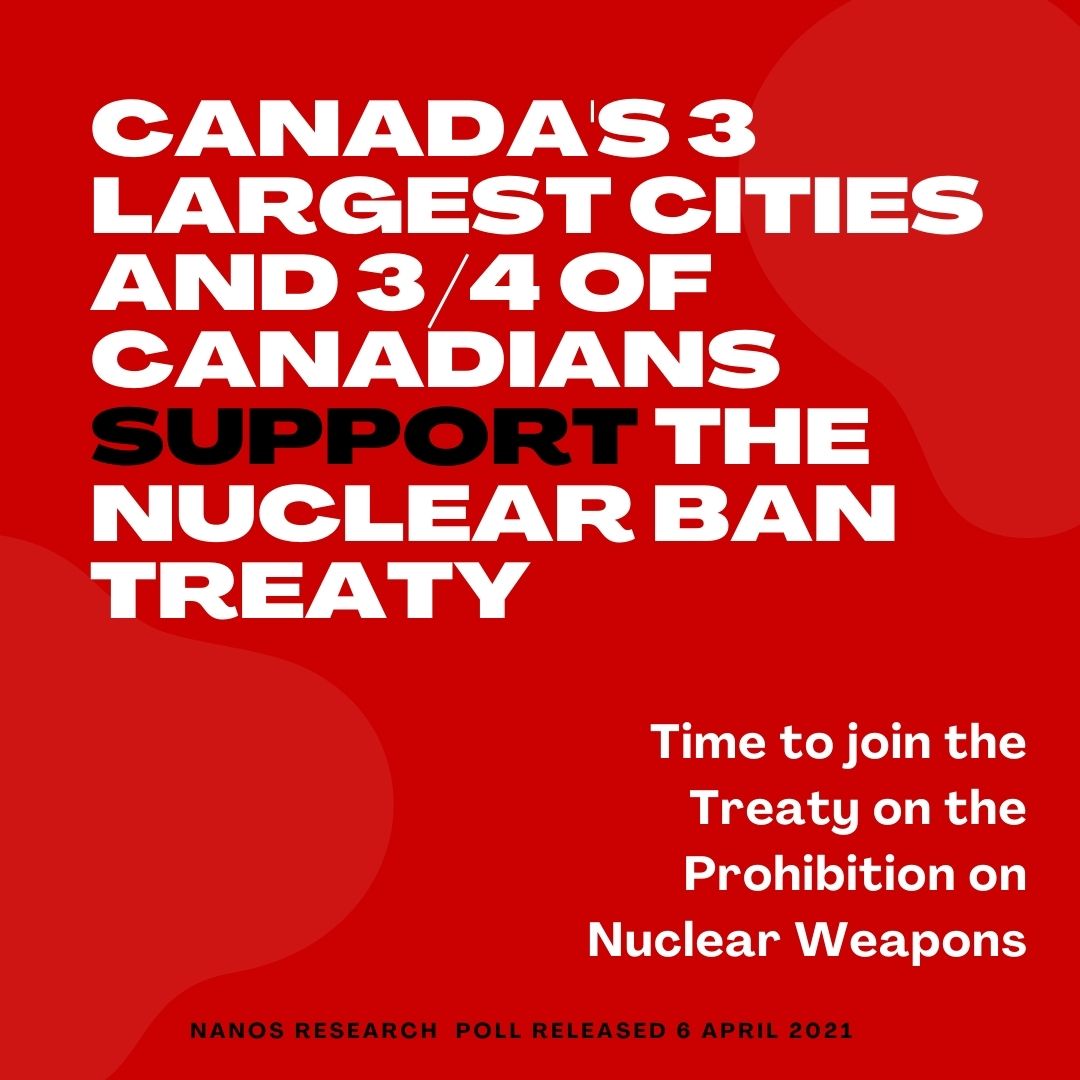 If Canada’s 3 largest cities and ¾ of its citizens support The Treaty on the Prohibition of Nuclear Weapons, it is time for the Government of Canada to take action. The Canadian government should:

These steps are necessary for Canada to begin to follow the direction of its people. For too long, Canadian policy towards nuclear weapons has been divorced from the will of the Canadian people. It is time for Canadian leaders to listen to their citizens and join the Treaty on the Prohibition of Nuclear Weapons.