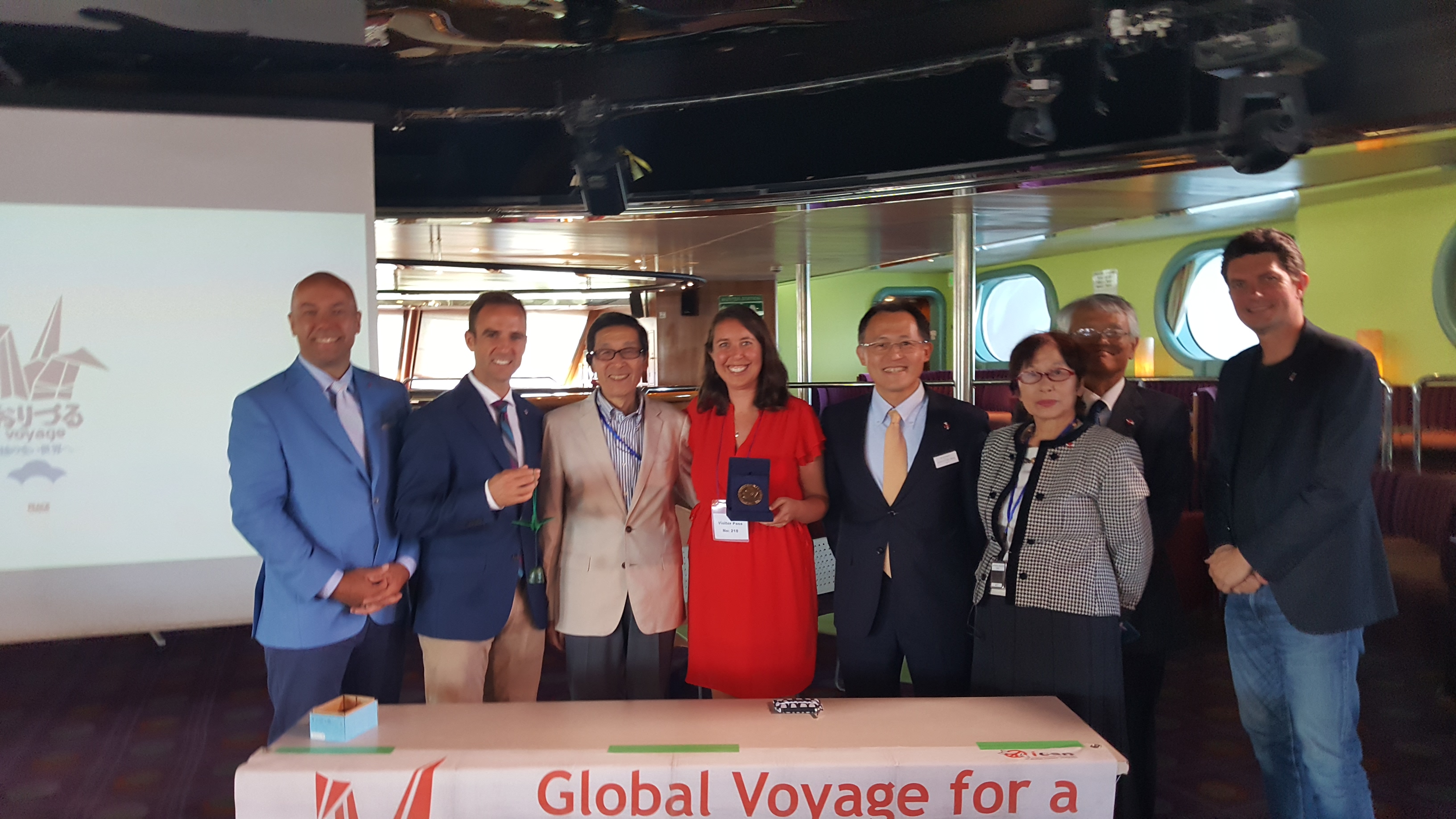 PeaceBoat, a Japan-based international NGO that works to promote peace, human rights, equal and sustainable development and respect for the environment, stopped in Halifax this week. On board were hibakusha (survivors of the atomic bombings of Hiroshima and Nagasaki) who are travelling the world, sharing their experiences and calling on states to join the Treaty on the Prohibition of Nuclear Weapons as well as a replica of ICAN's Nobel Peace Prize.

Mines Action Canada was pleased to welcome our colleagues to Canada and our Program Manager, Erin Hunt, was on hand to meet the boat and help bring the message of peace and disarmament to Canadian decision makers. The Halifax Peace Afternoon brought three hibakusha together with representatives from civil society organizations in Halifax as well as parliamentarians.

Guests heard remarks from Akira Kawasaki of PeaceBoat, testimony from 2nd generation Hibakusha, Shinagawa Kaoru,a speech from Parliamentary Secretary for Foreign Affairs Matt DeCourcey and remarks from our Erin Hunt where she called on Canada to join the Treaty on the Prohibition of Nuclear Weapons and highlighted what was needed to ban the bomb.

"I think it is especially poignant to be hearing from survivors of Hiroshima and Nagasaki here in Halifax. Halifax is the only city in North America and maybe the only other city in the world who can begin to understand what it is like to have your city destroyed by a single blast.

Those three ingredients, courage, conviction and collective action also were crucial to the negotiation of the Treaty on the Prohibition of Nuclear Weapons and ICAN’s Nobel Peace Prize win."

CTV also visited PeaceBoat and met with the Hibakusha. You can see their full coverage here.