Nukes Out of the Salish Sea 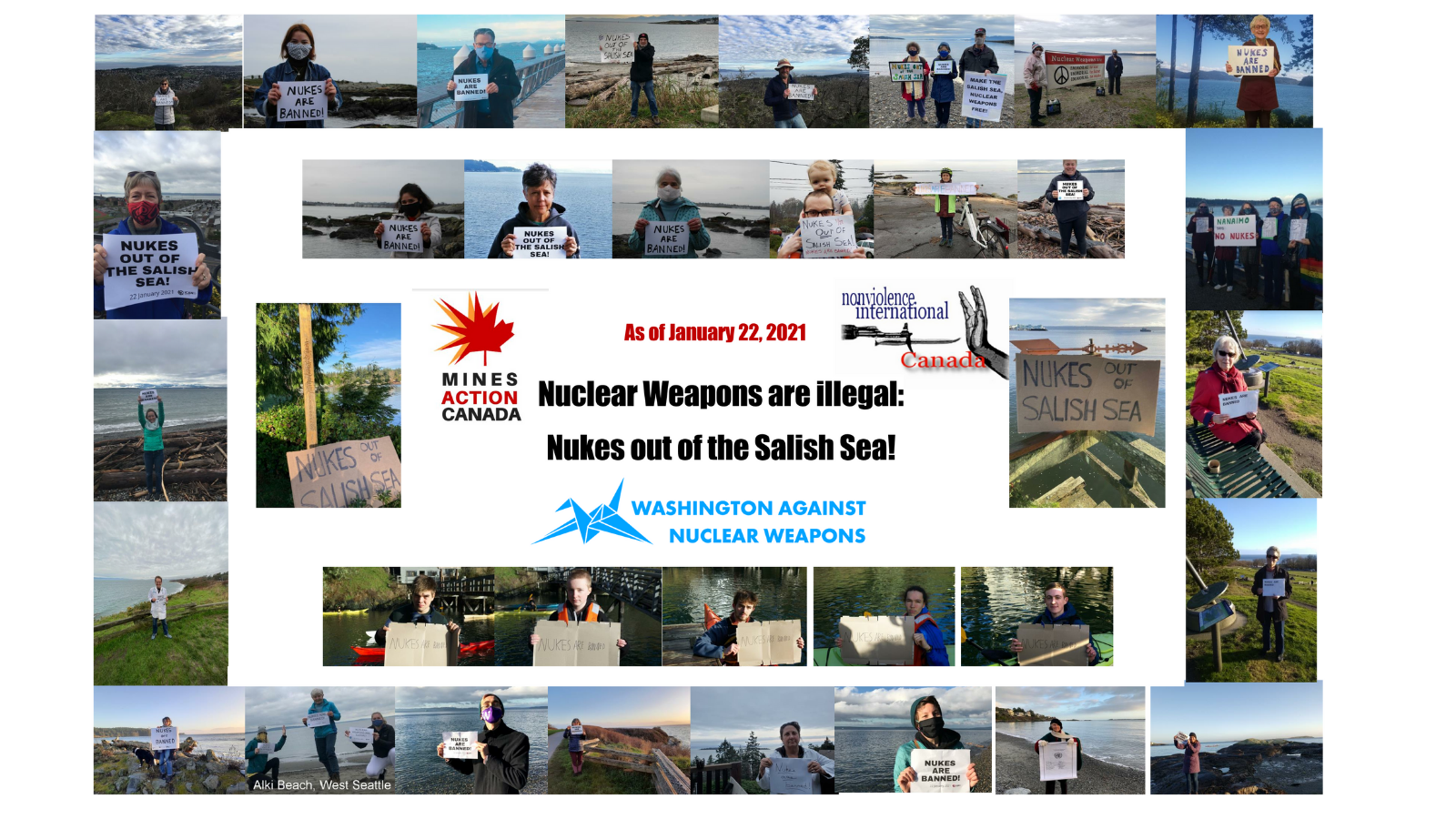 The Salish Sea (the Strait of Georgia, the Strait of Juan de Fuca, and Puget Sound) is home to one of the largest stockpiles of nuclear weapons in the world and nuclear armed submarines frequent the waters putting everything we know and love at risk of a nuclear weapon detonation - accidental or otherwise.

There is hope though, on January 22, 2021 the Treaty on the Prohibition of Nuclear Weapons entered into force. For the first time ever, the international community says nuclear weapons are banned.

Unfortunately, Canada and the United States remain outside the Treaty on the Prohibition of Nuclear Weapons and they refuse to join the more than 80 states who have signed or ratified the Treaty.

To celebrate the Entry into Force of the Treaty on the Prohibition of Nuclear Weapons and to remind local decision makers that they need to take action and join the Treaty, Mines Action Canada hosted a cross-border photo action with our friends at Non-Violence International Canada and Washington Against Nuclear Weapons Coalition. 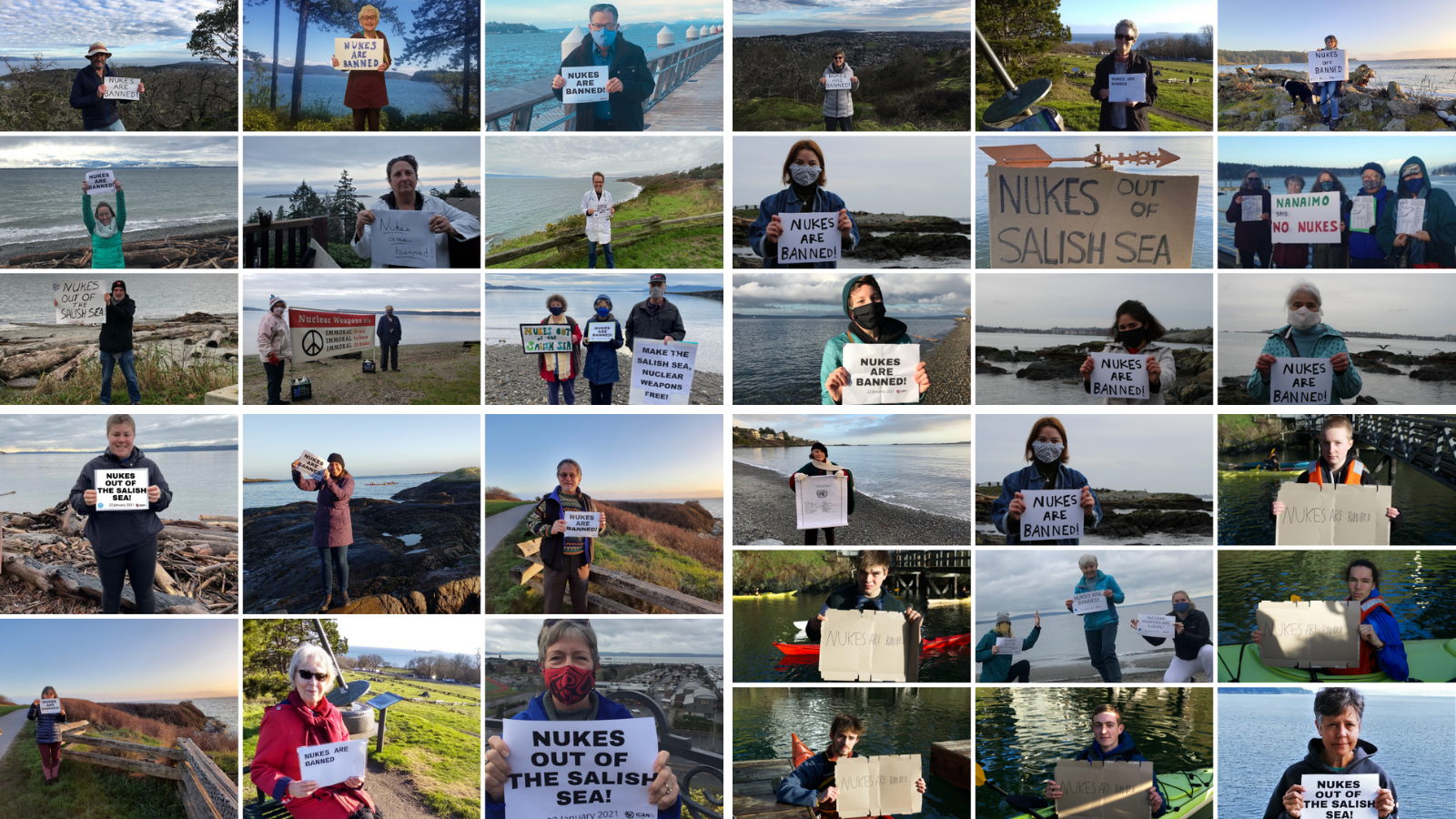