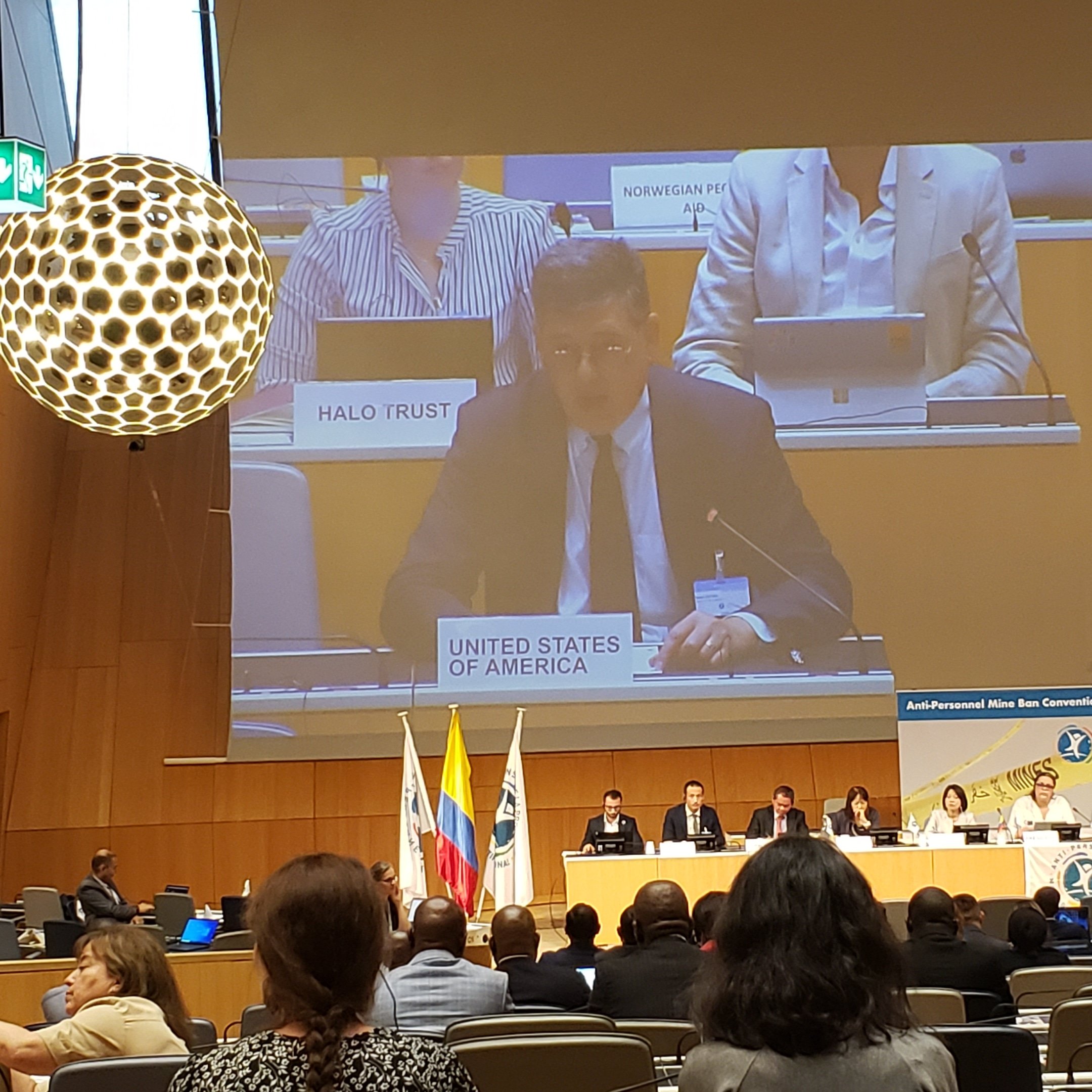 delegation attending the meetings as an observer.

Now the United States will align its anti-personnel landmine policy with the Ottawa Treaty in all areas except the Korean Peninsula and they will be pursuing materiel and operational solutions to allow the US to eventually accede to the Ottawa Treaty.

The White House said "These changes reflect the President’s belief that these weapons have disproportionate impact on civilians, including children, long after fighting has stopped, and that we need to curtail the use of APL worldwide."

Mines Action Canada welcomes this new policy and looks forward to the day when the United States will accede to the Ottawa Treaty. At a time when multilateralism is facing immense challenges, this announcement by the United States strengthens the norm against these horrific weapons and takes a stand for the rules based international order.