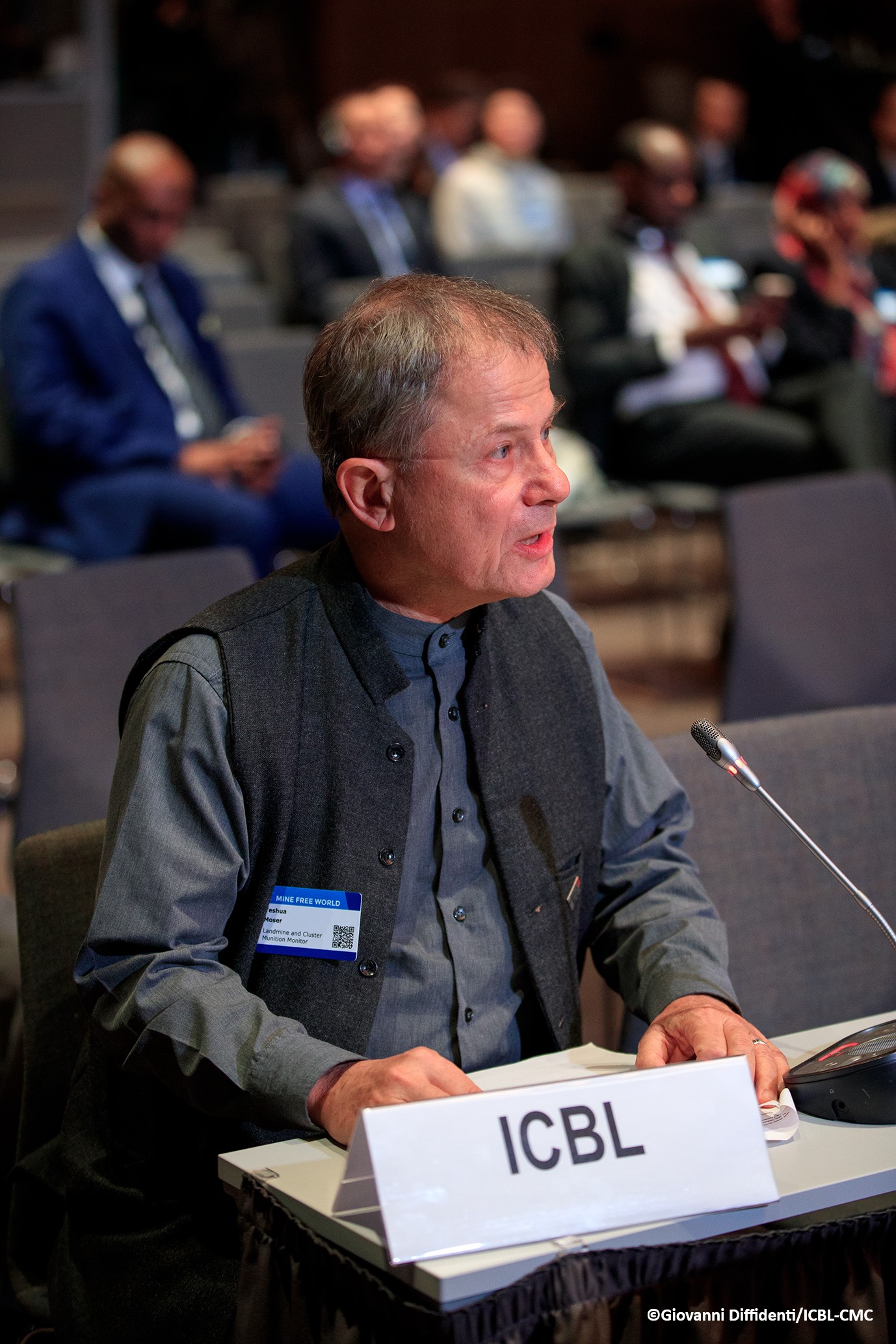 Yeshua Moser-Puangsuwan has lived and worked in a dozen countries, spending most of his adult life in Southeast Asia. In 1995 he co-founded the Thailand Campaign to Ban Landmines. He has been involved in Landmine and Cluster Munition Monitor since its inception in 1998, first as a country researcher (Myanmar/Burma, Lao PDR & Singapore).

Since 2005 Yeshua has worked for Mines Action Canada, providing Ban Policy Research Coordination to the Landmine & Cluster Munition Monitor for Asia, the Pacific, and the Middle East and North Africa regions, and on Non-State Armed Groups globally.

Previous to working for Mines Action Canada, from 1992 to 2005, Yeshua was the Southeast Asia Regional Representative for Nonviolence International, an ICBL and CMC member organization. He was also a co-founder of the International Action Network on Small Arms- a global civil society network focused on decreasing the suffering caused by small arms and light weapons.

Yeshua studied for an MA in Peace and Reconciliation from Coventry University, UK and a PhD in Peace Studies from Gujarat Vidyapith in Ahmedabad, India.

US born, in 1971 he refused military conscription during the close of the US War on Indochina. Subsequently he has worked to promote pragmatic nonviolent alternatives to address human problems. Yeshua has organized, or participated in, people power or civil resistance initiatives, from the local to the national level, on four continents, and in a score of countries.

Yeshua is a skilled nonviolence trainer, activist, and independent scholar on humanitarian disarmament, human rights and nonviolent direct action. His articles have appeared in several European, Pacific and Asian language journals and he has penned Opinion Editorials encouraging adherence to the landmine ban in papers published in India, Iran and Singapore. He has co-authored reports on nonviolent direct action methods used by popular struggles in Tibet and Burma, and on international peace teams. Most recently he has been involved in peacekeeping training for nonviolent direct actions in his home province, opposing pipeline construction in British Columbia, Canada.

Yeshua works remotely from the Ottawa office of Mines Action Canada, located in either Victoria, British Columbia or Bangkok, Thailand.