Canada and the European Union hosted the first ever meeting of Women Foreign Ministers in Montreal and we were there, working with Canadian civil society and our colleagues at the International Campaign to Abolish Nuclear Weapons to highlight humanitarian disarmament. 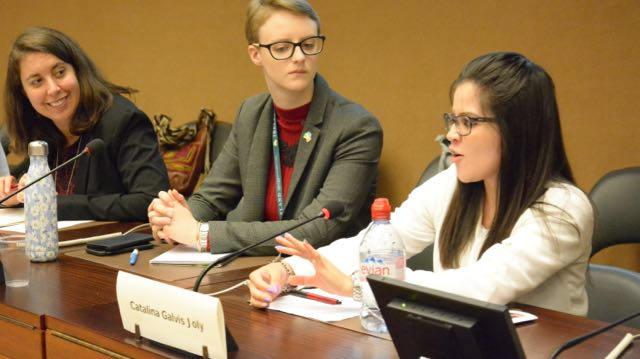 With the support of the Government of Ireland, we launched our new Mine Action Fellows program at the 17th Meeting of States Parties to the Ottawa Treaty with two of our Fellows addressing a lunch time briefing.

Just last month, our Program Manager presented on gender equality and youth engagement in mine action during a plenary panel at the National Mine Action Directors Meeting in Geneva.

Humanitarian disarmament is often led by women and the meaningful participation of women from around the world is crucial to making progress towards a safer, more peaceful world. International Women's Day gives us an opportunity to look back at what we've accomplished and reiterate our commitment to diversity in disarmament.